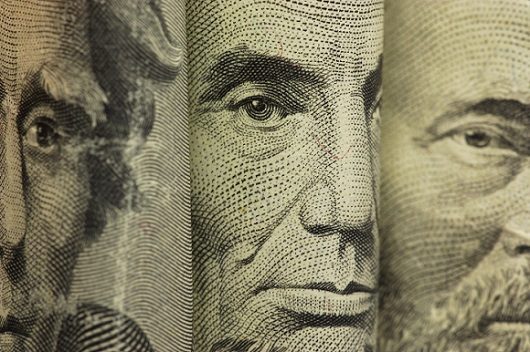 The 2020 election cycle marks the first cycle that digital’s been at the forefront of every major campaign. From expanded SMS programs to multi-million dollar digital ad buys, it’s never been more apparent that digital is driving campaign strategies on both sides of the aisle. But despite campaigns spending more online than ever before, many strategists and campaign staff are still struggling to raise digital dollars.

If your online fundraising program isn’t raising what it used to, take solace in knowing there are a handful of key reasons outside your control. One of those reasons, on the Democratic side, is an overly crowded presidential field.

By sheer size, it’s drowning out small-dollar, down-ballot and advocacy donors everywhere. On top of that, there’s been a splurge of bad actors determined to take advantage of lax regulations by spamming inboxes and misleading donors.

Still, there are a number of things that campaigns can do right now to improve their digital fundraising game and stand out in a crowded field. Here are fixes to some frequent online fundraising mistakes:

Unless your candidate already exists as a nationally recognized brand like AOC or Bernie Sanders (the exceptions, not the rule) growing your email list takes time and money. When campaign resources are scarce, it’s hard to see how investing thousands of dollars in your email list will pay off down the road.

But the earlier a campaign can invest in list acquisition, the more time it’ll have to build name ID and trust with supporters, and the longer the runway when it comes to asking for online donations. In the relatively short lifespan of any given political campaign, early acquisition is crucial to give potential donors enough time to learn about the candidate and become invested as supporters.

Don’t go overboard and limit digital to acquisition only.

While many campaigns and organizations are focused solely on acquiring new names, it’s important to keep in mind that successful digital fundraising programs aren’t only measured by the size of your email list. Campaigns looking to raise digital dollars must check all the other digital boxes as well: a well-designed and functional website, layered paid digital, and consistent organic social media efforts all contribute to a campaign’s ability to raise money online.

There’s a direct correlation between strengthening your online brand’s name ID/credibility and your ability to raise. Even if fundraising is your primary objective, limiting your efforts to email solicitations won’t do your recurring donor program any favors. Both online and major-gift donors want to see organizational/campaign updates, grassroots support, and how their financial support is being put to use.

Fight complacency by testing and improving your tactics.

Tactics that worked last month might not work this month, and a tactic that was overused 18-months ago might be on the rise again. That’s why it’s so important to constantly — and consistently — test and optimize your emails for both desktop and mobile. If you don’t know where to start, try testing your messaging, tactics, donation pages, graphics, and email formats.

If you’re cleaning your list regularly — you definitely should be — chances are you have a number of inactive names and/or lapsed donors who haven’t heard from you in a while. Try bringing them back into the fold. These folks were active supporters at one point and it’s going to be easier to re-up former supporters than persuade a new potential supporter you’re worth their time.

Expand your digital fundraising outside of just email.

In the same way, email fundraising was breaking through in 2014, SMS is having its debut moment in 2020. If campaigns invest in SMS the same way they invest in email, SMS can deliver the same, if not more, when it comes to ROI.

As an up-and-coming method of voter and supporter contact, SMS almost guarantees 100 percent open rates — which is a far cry from the 15-25 percent average email open rate. With that said, it’s important to note that SMS drop off is high and initially returns might be slow to roll in as your list adjusts to asks in their messages app. Campaigns need to be much more strategic about how they leverage a list on SMS — and be sure to vary the content by making sure donors don’t just see donation asks. That will get folks to unsubscribe very quickly.

Fundraise outside of the normal fundraising windows.

With every campaign participating in the end-of-month push (read: slog), your campaign’s emails will be competing against the 21 the Buttigieg camp sent in the last 72 hours of January. During the classic end-of-month rush, readers can expect to see three-four times higher volume in their inboxes, which makes it that much harder to stand out from the pack.

Instead, move fundraising drives to off-peak. How about a mid-month or beginning of the month effort? Remember: Even with varying your fundraising drives, be sure to include natural deadlines that feel authentic and urgent.

Email is still the most effective way to fundraise, but it shouldn’t be the only platform a campaign’s supporters hear from them. Consider layering paid digital ads to remind supporters they’re making a difference outside of their inboxes. If a supporter or potential donor sees positive news articles, videos of your campaign’s momentum, and exciting branded merchandise opportunities, they’ll have a higher recall rate when they see your name in their inbox.