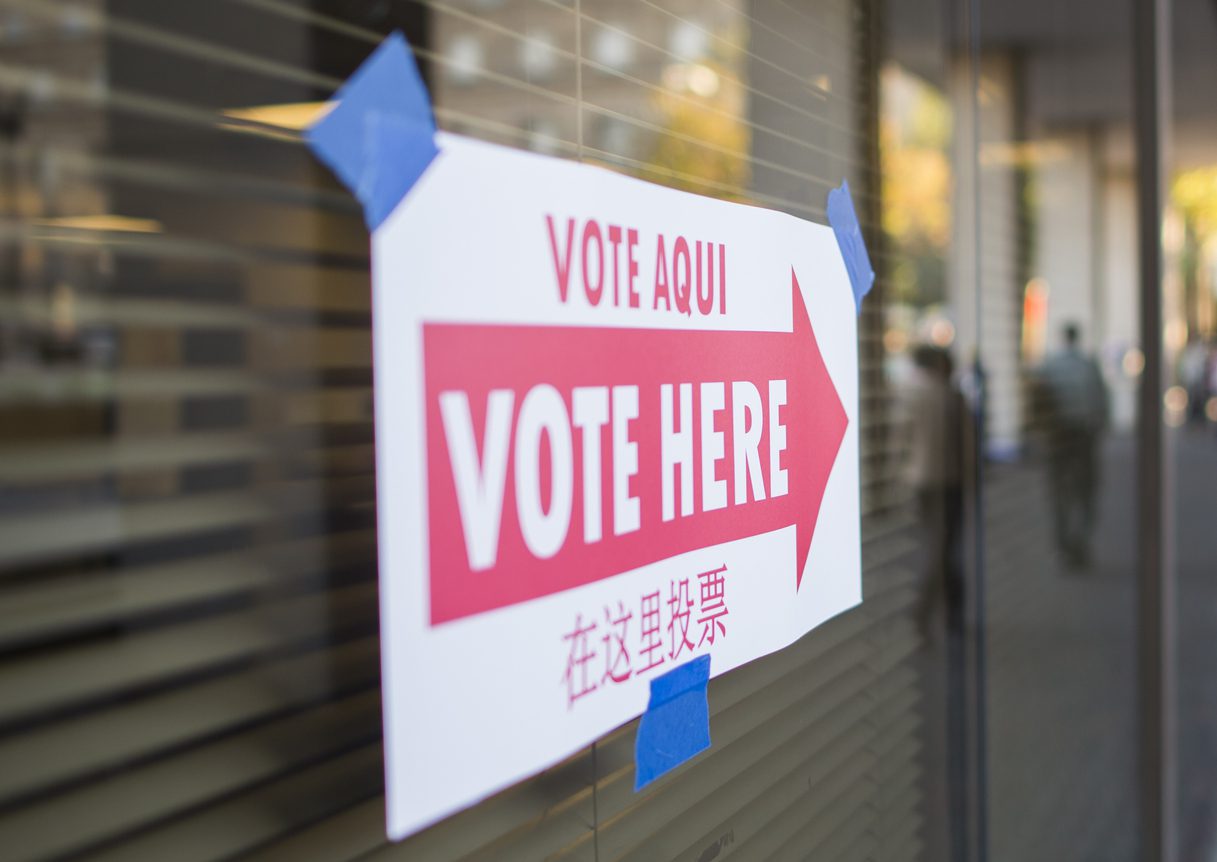 To get some insight into the next 12 months and beyond, we asked a group of practitioners to break early from their year-end holidays and flex their prognostication muscles.

Here’s what this group of consultants from different corners of the industry had to tell us about the year to come:

2020 is going to make 2016 look like child’s play. On the digital side, expect the continued rise of misinformation and bots, more calls for social media regulation, absurd Tik Tok videos, and general havoc. To quote Clubber Lang when asked his prediction for his upcoming fight with Rocky, he answered simply and truthfully, “PAIN.”

Trump will continue to dominate social media and every news cycle because he understands that the most important thing to be in today’s age is entertaining. Buckle up.

I think there is a high likelihood that we won’t know who the Democratic nominee is when all of the primaries and caucuses conclude in early June and the nominee will be determined in Milwaukee at the Convention. Right now, the race leans Biden, with the former VP showing remarkable resilience. He also has the most diverse coalition, including very strong support from older African Americans. But Sen. Sanders is still very competitive, making an extraordinary recovery from a heart attack. The endorsement by AOC helped a lot, calming the nerves of his supporters and maybe winning back some who had drifted to Sen. Warren. But Sanders’s support looks a lot like it did in ’16, and that may not be enough for him.

Mayor Pete is still doing well in Iowa and New Hampshire and I expect a strong fundraising report for Q4. But he is struggling mightily to build a diverse coalition. Don’t forget about Warren, who just might have the best organization out there, especially in Iowa and New Hampshire. The one-time co-frontrunner with Biden has struggled a bit recently on healthcare and in her confrontations with Mayor Pete. But she still has a very sharp message, a whole bunch of plans, and more organizers then any other top-tier campaign. You could possibly have three or four different winners in the first four early state contests. That hasn’t happened since 1992, when Harkin won Iowa, Tsongas won New Hampshire, Brown won the Maine Caucus, and Clinton won Georgia. Buckle up!

The USMCA (United States Mexico Canada Agreement) will clear the Senate with bipartisan support and be signed into law in 2020 — delivering a generational victory for the American economy and solidifying an incredible political win for both sides of the aisle, along with the president, during what has been a polarized Congress.

In addition, I don’t think it’s unreasonable to predict the Democratic Party won’t select their nominee until the convention in Milwaukee this July. From changes in the delegate allocation process to a still very large field that includes, but certainly isn’t limited to, a vice president, two billionaires, well-funded senators representing the growing liberal left and a breakout young star in a midwest mayor, this is sure to be an incredibly fascinating next six months.

Between Twitter putting the kibosh on political ads, Google restricting targeting, and Spotify hitting “pause” on all things political, increased regulations and restrictions will shape how digital campaigns are run in 2020 and beyond.

Digital advertisers will have to start getting creative about where they’re placing digital ads. Are there untapped platforms that haven’t historically been leveraged for political? This year, my firm took out ads on Waze, Reddit, and worked with influencers on Twitch.

And in order to beat the algorithms, there will be a premium on content that’s “sticky,” sharable, and made to go viral — which, whether we like it or not, means more polarizing content.

Finally, the new restrictions create even more barriers for minority groups to be heard. Already faced with fewer resources, the new restrictions mean they’ll have an even harder time identifying and serving ads to their target audiences. How will you find LatinX, LGBTQ, black, or AAPI voters on YouTube? You won’t.

In 2020, nothing will happen. The president will tweet, political spending will rise as predicted, the FEC or congress won’t act on campaign finance, Facebook won’t ban political ads, and broadcast political media will continue to be eaten by addressable. In all, a boring year. All my competitors should take the year off.

California’s legislators, alarmed at the prospect of Trump Republicans making sport of them with digital ads, will take up a social media disclosure bill aimed at reeling in Silicon Valley advertising excess.

Facing increased pressure from regulators and corporate peers, Facebook will push the burden back on consultants by turning off most targeting options for political ads while continuing to support custom audience matching, keeping Trump’s data operation in business.

The 2020 cycle will go next-level starting in February with the Iowa Caucuses. President Trump’s campaign will swarm the state with surrogates, including many who are getting attention as 2024 GOP contenders. By the time June rolls around, 2024 hopefuls of the on both sides of the aisle will begin visiting Iowa, under the guise of “helping the ticket.” How serious they are can be determined by how many miles they are willing to drive from the Des Moines airport.

As we near Election Day in November, you’ll see a significant uptick in campaign spending on peer-to-peer texting. This new tech, which successful campaigns are now harnessing to their extreme advantage, will far eclipse robocalls. Campaigns that use P2P texting as a real-time conversation tool will see the greatest impact. This area remains a bit of the “wild west,” so rest assured, regulations are coming after the 2020 cycle.

Tech companies will continue to struggle with how to regulate political use of their platforms in 2020. So far it has been advertising but look for pressure from within companies by their employees to restrict the use of other technologies, especially by Republican candidates and organizations.

The Trump campaign will amass a massive database of opted-in contact info for supporters and out-raise the eventual Democrat nominee in online grassroots fundraising. Down ballot, however, Democrats will continue to outperform the GOP in online fundraising.

Changes in political digital advertising won’t stop in 2020. I’d expect to see more regulations by the platforms themselves and from regulators in Washington and in the states.

Ultimately, this regulation should make campaigns better off as it will force them to become more sophisticated digital strategists. They’ll either understand how to more effectively reach voters online or get left behind.

For 2020, I think we’re going to see a large shift in how digital advertising in campaigns is handled. As more and more platforms either outright ban political ads or limit the targeting abilities, we will see more of an emphasis on good organic content and programs, as ways to get around the new hurdles being erected on platforms. Additionally, it may be a more broadcast-style approach and a shift away from the hyper-targeted approach as those avenues are blocked.

Regardless of who wins the presidential race, at least three major national publications will write the obligatory story: can party X ever win a Presidential election again?

Whether it’s to a House committee or in a Senate trial, John Bolton will wind up testifying. When he does, it will result in at least three Senate Republicans moving to support removing Trump from office or publicly stating they will not support him for reelection.

If the Democratic nominee is Joe Biden, Trump will refuse to debate him. Russia will meddle in the 2020 campaign on Elizabeth Warren and Bernie Sanders’ behalf.

After a decade of obsessing on big data, digital and social media, campaigns in 2020 will once again acknowledge the reality that “message” is and always has been the key to victory.

Need proof? Just look at Boris Johnson’s “Get Brexit Done”. Yes, he tweeted it, but it was also on billboards, and in print. Labor spent as much money, but nobody remembers their slogan.

When the Donald shouts “Keep America Great” it will be a multi-media message. If Democrats were smart, they would say what they really mean, “Dump Trump.”

Sorry James Carville, but in 2020 it’s the message stupid.

Texting is going to be very important not just for fundraising, but also for GOTV and canvassing efforts. Grassroots activists matching their contact book to canvassing lists will be an important piece of this canvassing effort. Numinar, Outreach Circle, RumbleUp, or companies like them will help campaigns move to “Omni-channel canvassing” that moves beyond door knocking into true digital canvassing.

The spammy texting practices will continue though and those actions will lead to strict FCC regulation enforcement against spam in the future. At least one campaign will receive negative PR as a result of their texting practices.

Digital will continue to become more like television with fewer targeting options available out of privacy fears. Non-skippable video regardless of platform will be king for advertising. Down-ballot campaigns will continue to expend way too much of their budget on direct mail.

There will be little split down the ballot outside of a small handful of races. The margin of Trump vs. Democrat in that district will decide nearly every seat regardless of the candidates (except for a few long-time incumbents and candidates with significant baggage).

Those of us making predictions for the most unpredictable presidential campaign cycle will all look silly for what we said one year out. Who knows who the Democratic presidential nominee will be? Digital campaigning will change drastically with the tech titans becoming afraid of their own shadows. Polling will continue to be plagued with non-response bias because regular folks don’t answer unfamiliar phone numbers.