Equality California is the nation’s largest statewide LGBTQ+ civil rights organization. Their mission is to create a world that is healthy, just and fully equal for all LGBTQ+ people.

A few years ago, Equality California helped make history by electing the country’s first-ever all-LGBTQ+ city council in Palm Springs, CA. And during the 2019 Election, they were determined to preserve that legacy by re-electing these LGBTQ+ champions. However, 2019 was an off-year election with little media chatter and even fewer GOTV resources. In this environment, educating and mobilizing voters was more challenging than ever. And with the stakes this high, Equality California was eager to try innovative and outside-the-box strategies to turn out voters.

Pacific Campaign House partnered with Equality California to find a way to prove a digital ad campaign could directly increased voter turnout. With a compacted timeline to design and serve our advertising effort, we knew we had to think beyond Facebook and Google.

However, up until now, both digital and traditional (ie. TV, billboards, radio, etc.) advertising have both fallen short when it comes to establishing direct link between that specific effort and individual voters showing up to the ballot box. Despite the fact that digital has long been seen as more capable of delivering an accurate measure of impressions and engagement, it continued to be a challenge finding a clear way to directly track impact on voter turnout.

Historically, digital organizing efforts involved creating two audience segments: the treated audience, and a second control group that gets excluded from receiving any advertisements. Following the election, public voting records can illustrate the difference (if any) in voter turnout between segments and conclusions are drawn based on that data. This strategy is both unreliable and long; it could take up to 12 months for voter records to update and determine impact. We aimed to change that.

By the end of our run, we successfully innovated the first-ever GPS-navigation GOTV ads in the country.

Because of the simplicity of the platform and ask, we were able to track how many people actually engaged with our ad, how many actually drove to the polling place (this was confirmed using their GPS arriving at their new Waze-directed destination), how many saved the location to return to at a later date, and how many clicked to learn more about our client running the ad campaign. 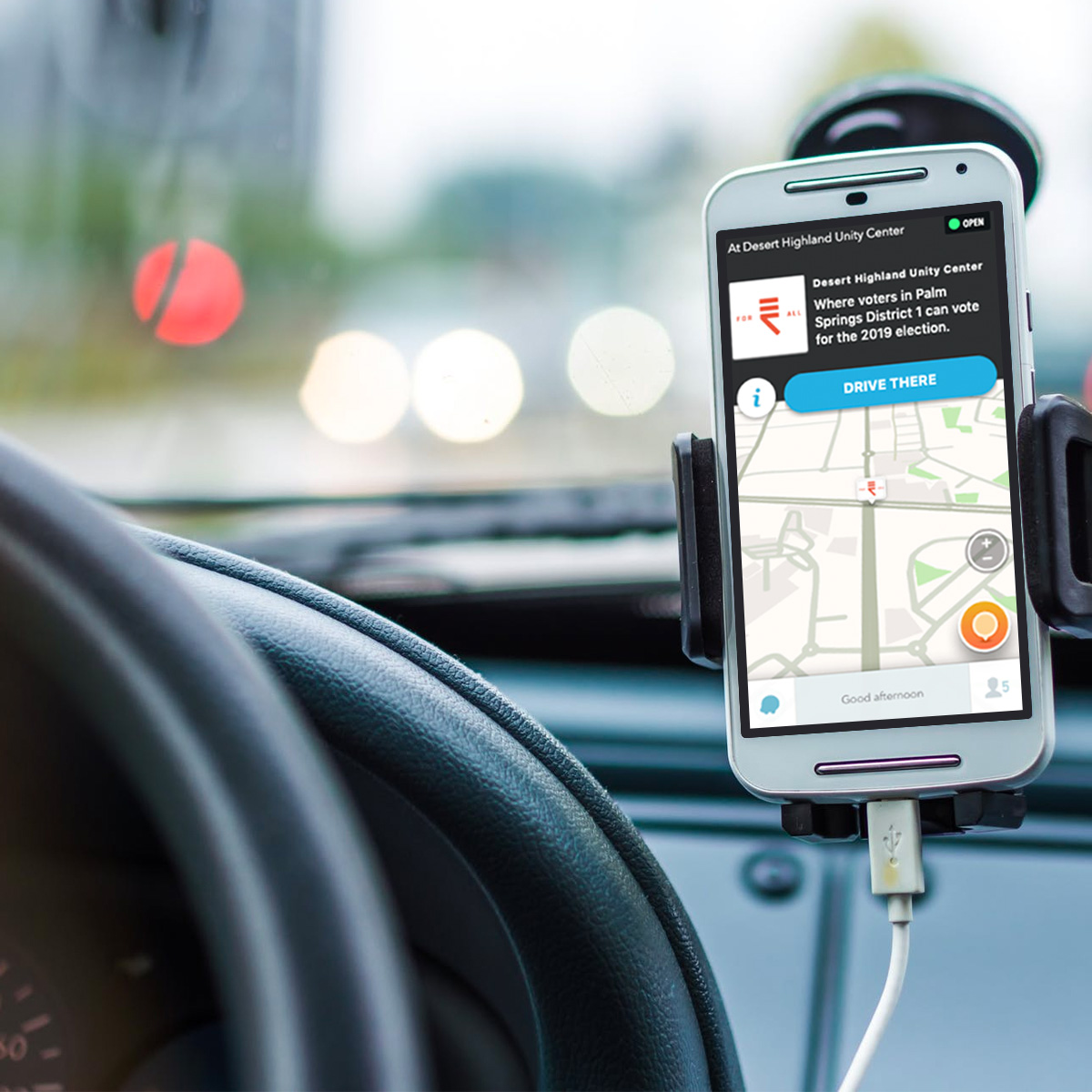 During a critical off-year election where only 41% of Palm Springs voters turned out, 3% of ALL total voters were traced back to our GPS-navigation ads.